How Government System of Pakistan Works? 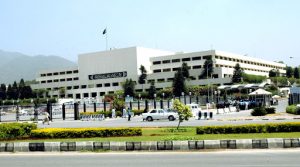 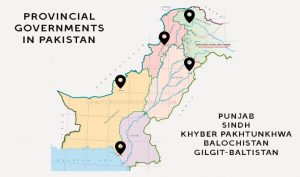 Provincial Government System: Pakistan is divided into five provinces. These are Balochistan, Gilgit-Baltistan, Khyber Pakhtunkhwa (KPK), Punjab and Sindh. Governors are appointed by the President to head each Province. Each Province has a directly elected Provincial Assembly headed by a Chief Minister. The Provincial Governments may legislate in certain areas for example health, education, agriculture, municipal planning and roads. 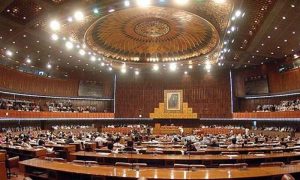 National Assembly: Members of the National Assembly are elected by universal adult suffrage (over eighteen years of age in Pakistan). Seats are allocated to each of the four Provinces, the Federally Administered Tribal Areas, and Islamabad Capital Territory on the basis of population. National Assembly members serve for the parliamentary term, which is five years, unless they die or resign sooner, or unless the National Assembly is dissolved. Although the vast majority of the members are Muslim, about 5 per cent of the seats are reserved for minorities, including Christians, Hindus, and Sikhs. Elections for minority seats are held on the basis of separate electorates at the same time as the polls for Muslim seats during the general elections. 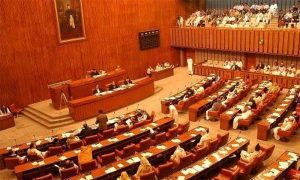 Senate: The Senate is a permanent legislative body with equal representation from each of the four Provinces, elected by the members of their respective Provincial Assemblies. There are representatives from the Federally Administered Tribal Areas and from Islamabad Capital Territory. The Chairman of the Senate, under the Constitution, is next in line to act as President should the office become vacant and until such time as a new President can be formally elected. 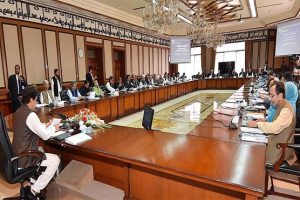 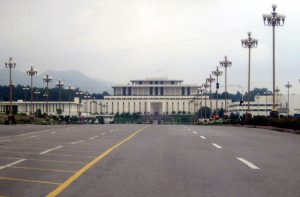